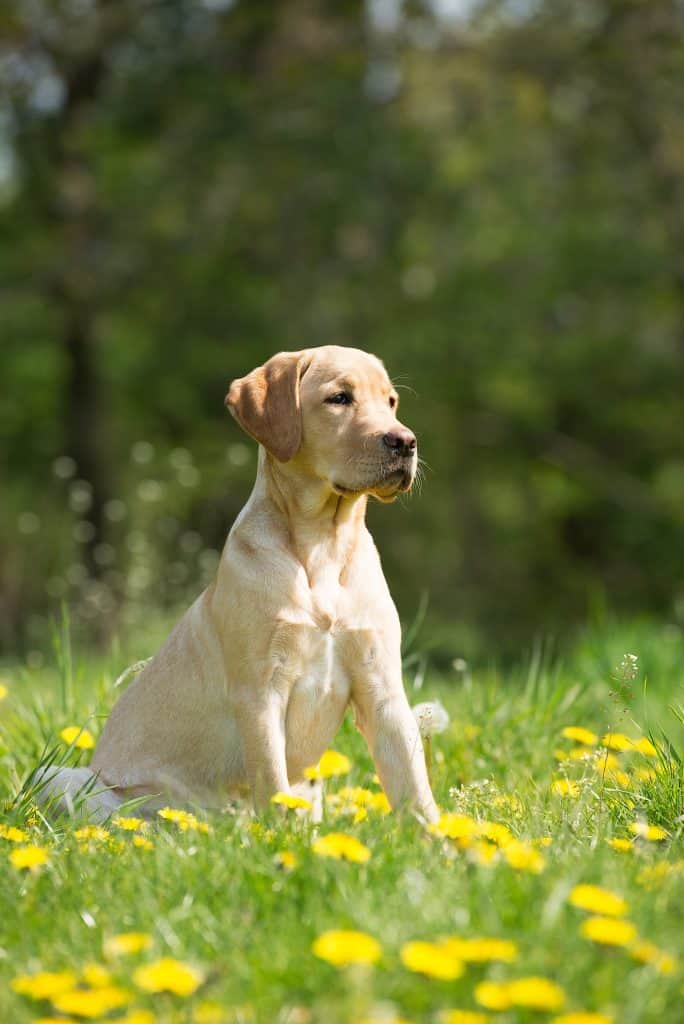 In my article on how to train your dog to stay, I have mentioned the release command a few times and its importance for dog obedience training.

Let’s clarify what the release command is before we dive in.

The release command is used in basic dog obedience training and consists of a verbal cue that is given to release the dog from the current command.

This command is often being used in combination with the command “stay” or “heel” or any other type of training command.

How can I teach a release command?

You teach the release command through correcting undesired behavior and reinforcing the positive behavior patterns when your dog is patient and waits, for example.

Why Should I Teach the Release Command?

The release command is extremely useful for everyday dog obedience training. It helps your dog to differentiate when he is in command and when he is free to roam around.

This will help him gain clarity during training and will result in more focused training when in command. Dogs love to have the feeling that they know what they are doing. Uncertainty leads to bad training results and even anxiety as well as fear in your dog especially if he is being corrected inappropriately.

Using a release command means you will avoid unpleasant leash greetings with your puppy, as well as your dog storming through doors.

Your dog won’t just randomly get out of his sit to walk around again which gives you much more reliable control over your dog and makes training much easier. I tried to implement the release command from day one and I will show you in a second how I did it.

The Importance of the Release Command

Every command has a built-in stay which means that you expect from your dog that he will hold the “sit” or “down” command for a specific period of time.

If you do not train with a release command, your reward cue will always kinda mean a release for your dog. Why do we want to avoid that?

First of all, there’s no consistency and many owners misinterpret the getting up from their dog as disobedience.

And secondly, you might want to reward your dog to reinforce good behavior (like staying during a “stay” command) without him actually getting up if you praise him.

Every command needs to have a beginning and an end. Your verbal cue “stay” will get your dog into this waiting position but what will release him?

Many dog trainers never even teach the command “stay” because every command should have a built-in stay which is only to be broken by the release command.

I still train “stay” although I have always trained with a release command. Stay will work as an amplifier for the current command that you are giving your dog for situations where I really don’t want her to get up.

I use the release cue for every occasion. She has to sit and look at me before:

This will give you much more control as your dog won’t randomly get up and your dog will be much more predictable. You can use the command in situations like I do or you can think about any other situation where the release command will come in handy.

For example, if your dog always runs up to the guest as soon as they enter the house, let him sit until the guests have arrived and settled and then you can give him the release cue.

The training starts with choosing the best cue for your release command. Use something that you will only use for this command, it shouldn’t sound like any other command.

Many dog owners use the command “OK” which is hard for your dog to differentiate because this is a word we often use in our daily lives.

Instead, use something you normally don’t like “free” or “done” to avoid confusion. Even a sharp “go!” will suffice.

Stay with the same cue once you have chosen it. Everyone in your family has to use the same cue for the release command (or any other command, for that matter).

I’m using the German words “Komm” (keep paying attention) and “Los!” (do whatever you want to). More German commands here.

After your training, you can even go so far as to use a command to end the session, for example “finished” which will give your dog even more clarity concerning the whole process.

The only thing you will need to start training the release command is some yummy treats and your dog will have to know the basic sit command.

Recommended Reading: 12 Boredom Busters & Easy Dog Tricks (you can incorporate your release command as part of play and training sessions!)

Problems that May Occur

The most common problem when teaching the stay command is that your dog breaks out of the command too early. This happens because he has already learned the specific time that he had to stay in command before.

To further his attention span, try and gradually let him wait longer. Switching things up will also help.

Start with just 2 seconds as you want to catch your dog before he makes this mistake. Then you can randomly wait for 5 seconds and then for 2 seconds again and then for 10 seconds.

If your dog fails too often, give him a break and take a step back. You will want your dog to have as much fun as possible in every training session.

Pay attention to his body language, if he seems bored or tired, this means that the training session is either too boring or too long. Try to make it more fun next time.

Criticism of the Release Command

A lot of people criticize people who train their dogs with a release command as being “too strict”.

However, this command has nothing to do with being stern or dominant (as this may come from the assumption that people who go through the door before their dog participate in “alpha training”).

This has nothing to do with being “alpha”.

This command should be available so your dog never gets up before told to which could cause him to hurt himself and/or others if he runs into traffic, for example.

It’s there to help you properly leash train your puppy to avoid being dragged around the neighborhood. It’s there to prevent your puppy from eating stones (or eating anything that he’s not supposed to, for that matter).

Let me know your training results with the release command in the comments down below.

In love with dogs, their behavior and psychology. I am writing on this blog since February 2019 to provide you with valuable information on everything dogs. When I am not working on my blog, I study research articles and enjoy the time with my beloved Rottweiler Amalia.

1 thought on “Training the Release Command for Dogs”