Aggressive behavior in dogs should always be taken seriously. This ranges from your dog being aggressive-reactive towards other people or dogs on a leash or protective over his food.

Leash reactivity and aggression remain among the most common dog problems that are presented to qualified dog trainers.

In this article, you’ll learn how to calm down an aggressive dog and how to handle situations in which a dog seems vicious.

Depending on the severity of the aggression and if your dog has a biting history, training might take a couple of months and won’t resolve on its own.

To form an appropriate reaction towards an aggressive dog, you will first have to be able to understand canine body language and the type of aggression your dog might be showing.

An aggressive dog will show dominant and agonistic signals.

Signals can be more subtle or obvious depending on how much your dog feels threatened. The behaviors below all build up to an aggressive approach. Your dog might only show a few or all of these signals:

These behaviors display the initial phase of aggression.

When the threat becomes more intense the dog may show a lowered body posture similar to submissive body language to protect the throat during an attack. The hackles may be raised. Hair raised only on the shoulders and rump indicate fear instead of dominance.

The graphic below shows the typical signs of an agonistic aggressive dog:

Compared to a dog that is showing fear-aggression:

Aggression due to fear and dominant aggression are both equally dangerous. Some dogs will also show a mixture of these two so it’s extremely important to educate yourself about subtle warnings.

Now that you know what aggression looks like, you will need to find the triggers for your dog’s behavior.

Write down every situation in which your dog shows any aggressive signs. Note the surroundings, people involved, sounds, and smells.

This will also give you an insight into the type of aggression your dog is having which will be important to prevent future confrontations with these triggers.

Before your dog can be diagnosed with aggression, you should get him properly examined by the vet to exclude any medical issues that might cause aggression.

A dog that is in pain will growl at anyone trying to touch him. While this could include surface wounds, other medical issues or joint diseases will often cause much more pain and aggression.

For some dogs, the mere sight of another canine might trigger inter-dog aggression.

He might be lunging, growling and snapping at other dogs paired with a submissive or dominant body posture.

Dog on dog aggression is a result of a lack of socialization or trauma that might have occurred in his past.

reaction of the owner in certain situations might also trigger aggression.

The training goal will be to counter-condition your dog to another behavior that he should be showing toward other dogs.

Instead of lunging or growing, he should lay down or sit quietly. This conditioning will take time and a gradual approach where you avoid sudden confrontations with the trigger.

Fear induced aggression can be directed towards humans as well as other animals. A fearful dog shows a tucked tail, ears laid back and a crouched position.

Fear is commonly triggered by a stranger approaching a leashed dog or a person suddenly reaching for the dog.

Owners that have been living with this type of aggression usually tighten up and project stress and anxiety onto the dog.

Desensitization and building up your dog’s confidence will eventually resolve the aggression. If you want to learn more about this type of aggression continue on reading and check out this guide for more information. 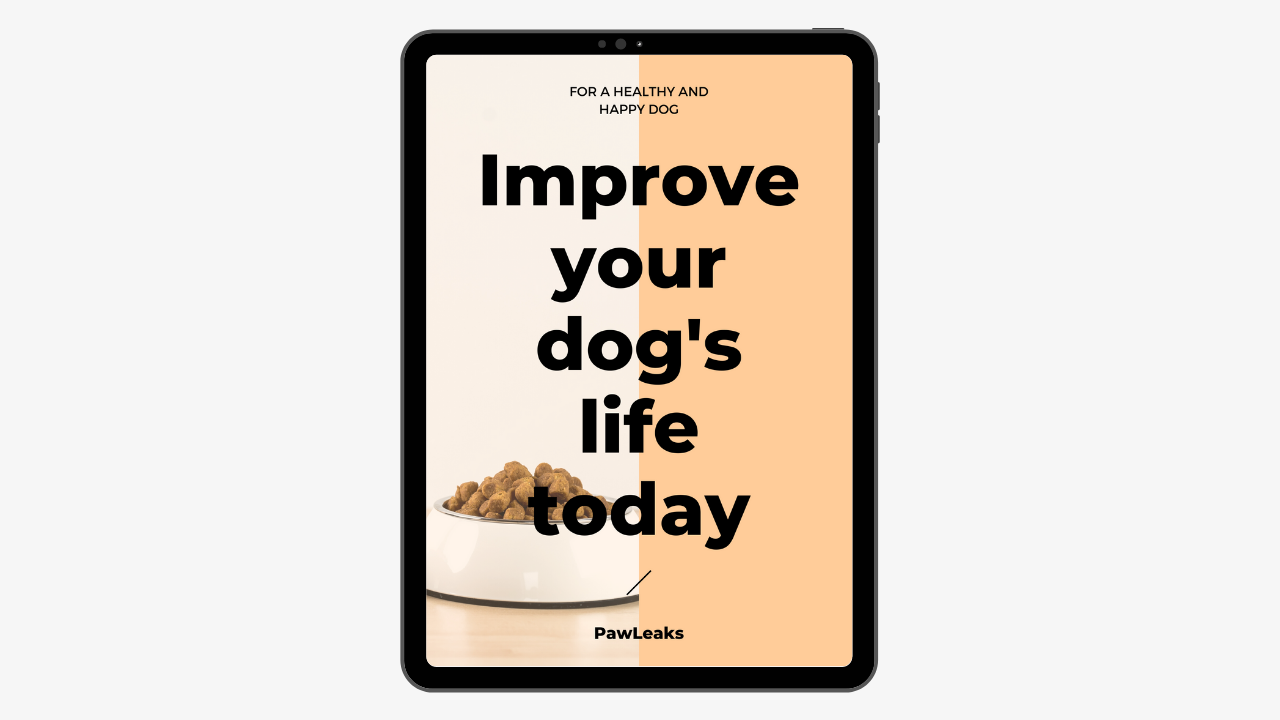 Want to Improve Your Dog’s Life?

In this PDF guide, I will show you 1 simple step that you can take today to significantly improve and even prolong your dog’s life.

You will shortly receive an email from me with your download link.

Before, I will have to confirm your email address, so please click the link in the email I just sent you (don’t forget to check your spam folder).

A dog that is very territorial will show plenty of agonistic, defensive and offensive signals when strangers or animals approach the property. Territorial dogs don’t have to be aggressive but rather alert and wary toward strangers.

Uncontrollable aggression will result in injury if a person enters the property or fenced area. You might see the aggressive dog jumping on windows, doors or in a fenced yard trying to scare of the intruder.

Restrainment with a leash, for example, might lead to displacement or redirected behavior towards objects, animals or people, including the owner. The longer the person remains within the territory, the more aggressive the dog becomes.

Conditioning your dog to associate the arrival of guests with something positive will eventually stop the aggression. Positive reinforcement training will be your best bet.

Dogs can get possessive over objects, food and sometimes even people. Owners are startled when the dog suddenly growls at them when trying to put away a toy or walking by a filled bowl.

This type of aggression emerges from the early survival instinct of guarding resources and often results in food aggression.

Refer to my blog post on how to stop food aggression for the different training steps.

Calming your aggressive dog starts with noticing the warning signs we have talked about above. By always paying close attention to your dog’s body posture, you can’t get surprised by sudden aggressive outbursts.

If your dog gets uncomfortable and walks away from you or another person, give him space and don’t make him feel cornered.

Avoid showing threatening behavior to an aggressive dog and follow these instructions:

You also cannot act like prey so running away or slouching into a ball will only make it worse. If possible, slowly move away from the situation and maybe restrain your dog in a closed room until it’s safe.

The most important thing to remember is to always remain calm.

Startling a lunging dog with a loud scold may result in an attack. A calm demeanor testifies to strength and confidence, traits that will be respected by your dog.

Conquering aggression with aggression never works so you have to establish yourself as the ruling pack leader that communicates calm and nonthreatening behavior without backing down at the same time.

If your dog shows any signs of aggression on a leash, gently remove him from the trigger to build up the distance until your dog has calmed down.

Ignore your dog’s bad behavior and do not pet a dominant aggressive dog. I know you may think it’s comforting, but you’re actually rewarding his behavior.

If your dog is very fearful, massaging his pressure points will release stress and anxiety.

What to Do With an Aggressive Dog That Bites?

Severe cases of aggression with biting history should always be monitored by a dog trainer or veterinary behaviorist. A trainer will be able to provide you with a training plan and tips on how to correctly handle aggressive behavior.

Treatment for fear-induced aggressive dogs involves minimizing those situations that are most apt to induce fear. Desensitization paired with positive reinforcement work great on fearful dogs.

The trainer will be able to layout any stressors and classify your dog’s aggression into the following categories:

Prevention is the best way to stop any aggressive behavior that may result in a bite. If your dog has bitten before, putting a muzzle on him during the training phase will be mandatory.

You can read my guide on early socialization and while the socialization period happens between 3-12 weeks of age, desensitizing an adult dog is definitely possible and advised.

Avoid any known triggers that your dog has like walking by a loud construction site. Keep to other dogs and people and always walk your dog on a short leash preferably with a muzzle on.

What Not to Do

If your aggressive dog has a dominance issue the following things should be avoided and prevented:

It’s also extremely important to not punish growling or other warning signs.

Your dog will only learn that the warning is an issue and the next time he will bite first. Early signs are extremely important for communication and should not be punished.

In love with dogs, their behavior and psychology. I am writing on this blog since February 2019 to provide you with valuable information on everything dogs. When I am not working on my blog, I study research articles and enjoy the time with my beloved Rottweiler Amalia.

3 thoughts on “The Only Way to Calm an Aggressive Dog”

Scroll back to top