Brightness and loyalty come as attribution to the courageous personality of the Boxer.

With good work ethics and illegally good looks, this dog breed ranks among the top 10 in the USA for a while now.

Their nobility and elegance came to focus after the originally working breed Boxer became unemployed during the early XIX century.

The AKC (American Kennel Society) registered the first Boxer dog in 1905, but the real popularity started with the national celebrity Boxer named Bang Away.

The breed name derives from the way they defend themselves with their paws while playing.

It really appears as the dog spars with the front paws.

There is no doubt you might be interested in getting one Boxer for yourself since you are reading this article.

You are at the right place because growth in dogs has much to say about their health and potential – how?

While growing up dogs that suffer from some diseases might stagnate more than others.

Boxers are a medium to large dog breed and are pretty safe from the usual bone and muscle disorders in larger dogs.

However hip dysplasia remains one of the most common issues.

A health certificate from the breeder guarantying your puppy is dysplasia-free is recommended if you plan on getting a Boxer.

Meeting your dog’s mother and father can give you a general idea of what to expect from your puppy in means of the physique.

Don’t be shy about asking questions about their character too.

Reputable breeders will let you meet the parents and give you contacts from owners of puppies born in previous litters.

Call those people and ask them how satisfied they are with the Boxer’s appearance and health and whether their expectations have been met.

A puppy growth chart is only an estimation of the dog’s weight and height during different chronological growth stages.

Most Boxer puppies will fall under the right category according to their age.

If that’s not the case instead of taking measures on your own, make a veterinary appointment to discuss any of the concerns you might have regarding your dog’s growth.

It is super important to not rush the growing process.

Dogs that are overweight can experience problems later on in life that might have been avoided with appropriate body condition.

Comparing the dog’s weight and height with the growth chart I have presented might leave you in a situation where your puppy ranks below the average.

If that’s the case don’t start with overfeeding the animal or use additional supplements other than the ones recommended by your veterinarian.

Moreover, the veterinarian can have the pup checked up for possible health conditions causing the slow growth.

Even with late bloomers, there is no reason to worry. Some dogs experience growing episodes sooner than others.

That doesn’t mean that all of them aren’t going to become as large as one might expect.

The same rules apply to puppies that grow too fast. Cutting off food can seriously harm the dog’s well-being and cause metabolic and other disorders.

Damage due to wrong feeding can be avoided by using high-quality premium food and sticking to the regimen recommendations according to weight and age on the labeling.

Never miss out on consulting your vets on the topic first – they will be glad to guide you through it!

Until they reach adulthood, Boxers go through 3 growth stages.

The general difference between the growth stages is how fast the puppy grows during the period and how they appear in posture and body condition.

The first stage is from birth until they are 2 weeks of age. Even though it’s a short period most puppies manage to double their weight – it’s pretty rapid growth.

The mother’s milk they consume during this period stimulates brain development and physical development significantly.

After the second week, the growth rate slows down.

Boxer puppies increase their weight by approximately 300% between 3 and 12 weeks of age and keep their round shape.

Most breeders wean the puppies off around the 4th-5th week.

The mother’s food is replaced with solid food and that affects the weight gain.

Once your Boxer puppy is 4 months of age he/she is expected to double the weight in the next 14 months.

After the first year, the height significantly increases and it’s possible for your dog to look skinny.

At 18 months of age, you already have your fully developed, curious, and independent adult Boxer.

If your Boxer is already fully grown it doesn’t mean you should stop measuring his weight.

Regular monitoring for sudden changes can be a sign of a disease that requires medical treatment.

How Much Should a Boxer Puppy Weigh?

In the next six months, the growth slows down for about 2-3 lbs (0.9-1.4 kg) additional bodyweight in half a year.

How Much Should a Boxer Weigh at 6 Months?

All puppies have already reached 75% of their full height at this age.

6 months old male Boxers should be around 17 and 19 inches (0.43-0.48 cm) tall and female Boxers are approximately an inch shorter than the males.

How Long Does It Take For a Boxer to Be Fully Grown?

Since Boxers qualify as medium-sized, even as large breed dogs for some, it takes longer for them to reach their full-sized version compared to other smaller breeds.

It’s a general rule that Boxers are already fully grown at 18 months of age; however, the process can be even longer.

There are exceptions when Boxers complete the growth at 20, even 24 months.

Why Is My Boxer So Small?

Reading this information and finding your Boxer to be smaller than the breed standard, you can’t help but ask yourself whether you should worry or not.

The first thing we ask you to consider is the dog’s age.

Since you know that Boxers grow quite fast and the rate significantly varies between individual puppies you can put your mind at ease if your dog isn’t an adult yet.

There is no way you can predict your dog’s size and weight until he/she is 2 years of age.

As with all other dog breeds, some adult Boxers will be smaller than the standard dimensions of the breed.

On the other hand, there is a handful of those that are larger than the standard too.

Below or average size doesn’t mean your dog is unhealthy.

Genetics is the most probable cause for this. Actually, deviations by 10% from the average are pretty common in Boxer dogs.

Rarely Boxers end up being smaller than the rest due to low production of the growth hormone.

Growth hormone deficiency in dogs can be a result of several conditions:

The growth hormone is responsible for controlling the rate of growth in dogs, bone and teeth development, and maintaining a healthy coat.

Luckily growth hormone problems in Boxers are very rare and other breeds such as the Miniature Pinscher, Spitz or Karelian Bear Dog are more prone to the condition.

Growth defects in dogs can appear due to Dwarfism (Achondroplasia).

Dwarfism in Boxers affects not only the dog’s size but his proportion as well.

The bones don’t grow to the expected size because of a dysfunctional receptor gene for the fibroblast growth factor.

Sings of dwarfism in dogs include:

The treatment for dwarfism in dogs is expensive and doesn’t guarantee results.

Minor deformities can be surgically corrected, but again with a dubious prognosis.

Although it’s not common for Boxers to have dwarfism, there have been reports.

Understanding the growth chart will help your dog have a better lifestyle in means of nutrition, diet, and exercise.

Correcting overweight and underweight problems while avoiding undernourishment and over nourishment is something you and your vet can work on together. 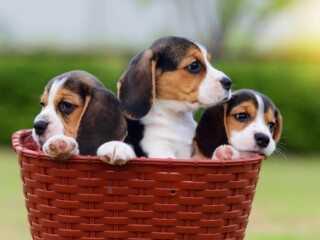 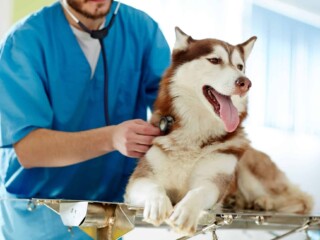 Is it Legal to Euthanize a Healthy Dog?
Read Next Post →