Beagle Lifespan Facts You Should Know

In the last three decades, the Beagles hold their position firmly as one of the top 10 breeds in North America.

It’s no wonder since they are naturally gentle, playful, and very intelligent dogs.

The breed has a long history of serving and keeping humans company either by being just a pet or a hunting companion.

It’s in their DNA to track and hunt so their stubborn determination shouldn’t come as a surprise.

Because of the pack mentality Beagles strive to hunt or track smaller species with someone.

As highly social as they get they won’t mind another canine companion beside them.

The social niche isn’t favorable when you leave your Beagle alone for longer periods.

They get extremely anxious when lonely and can go on a destructive spree against your furniture or other elements in your home.

So make sure the you are working on preventing separation anxiety before it happens!

Beagles have a life expectancy of 14-16 years. That’s about 3-4 years more than the average lifespan of medium-sized indoor dogs.

As loving companions we want them to stay with us as long as possible.

To help you achieve that, we have compiled everything you need to know about breed-related health issues and what you can do to increase your Beagle’s lifespan.

What Health Problems Do Beagles Have?

Considering all variables, Beagles are considered to be a generally healthy breed compared to others.

Many serious diseases in Beagles are genetic.

Checking the health status of your pup’s parents and asking for a health certificate is always encouraged if you want to make sure you are getting a healthy dog.

If a Beagle is prone to some diseases is doesn’t necessarily mean he will get it, it just means the risk of developing it is higher compared to other breeds.

Epilepsy is a primary cause for seizures in dogs and it’s an inherited condition.

Beagles are one of the breeds most prone to it. The first seizures begin when the dog is between six months and three years of age.

When your dog has a seizure or an epileptic episode you need to take him to the vet immediately.

Keeping the seizures under control requires a life-long treatment plan with anticonvulsant medications.

Periodical blood testing will ensure there are no significant side-effects from the meds your furry friend is getting.

Wobbler Syndrome develops when the neck vertebrae are narrow and the spinal cord and associated nerves suffer damage respectively.

As the name of the condition indicates, this makes the Beagle wobbly, with a drunken gait.

The first signs are unstable back legs, falling on the floor for no reason, and stumbling.

Depending on the severity of the problem the treatment options can vary between medications, surgery, neck braces, or physical therapy and rehabilitation.

IVDD is a condition caused by slippage or rupture of one or more disks (cushions) between the vertebrae.

The onset is sudden and starts when the disk puts pressure on the spinal cord.

Beagles are one of the few breeds that inherit this disease.

If your once-dynamic little beast suddenly can’t or doesn’t want to jump, go up and down the stairs or move around at all you can suspect the development of IVDD.

Dogs with IVDD have hunched backs and are very sensitive to touch at any part of the body.

The pain can be so great that the dog will refuse to eat, drink or even go potty. Sudden paralysis of the hind limbs has also been noted.

Ruptured disks need to be removed within the first day of the onset of the symptoms to prevent further damage to the spinal cord.

In other cases, the treatment can be conservatively managed with medications and physical therapy.

Owners need to work on maintaining their dog’s weight within normal limits since obesity worsens the symptoms.

Diabetes mellitus is an endocrine disorder in mid-aged and elderly dogs.

All breeds can be affected, but the incidence in Beagles is above the average.

Diabetic dogs can’t regulate the levels of blood sugar due to partial or complete loss of insulin in the bloodstream.

The changes are chronic so if you are not too vigilant about small changes in your dog’s behavior you may notice the first signs when the disease is progressed.

The initial symptoms usually just include increased appetite that can last for months.

It’s rare for an owner to suspect anything is wrong as a big appetite is always seen as a sign of good health in dogs.

After some time your Beagle will start drinking more water than usual and urinate more as a result.

When the dog starts vomiting and showing general weakness the disease already made changes to some of the vital organs in the body.

Diabetes is easily diagnosed with blood and urine tests. All dogs with diabetes are treated with insulin shots for the rest of their lives.

Managing the disease requires resources and complete commitment from the owners.

Diabetes does affect the dog’s lifespan, but not significantly if you stick to insulin and feeding management.

BPS is a rather rare disease in Beagles that doesn’t affect the average lifespan of the breed but needs to be mentioned.

The condition happens in puppies between 5 and 10 months of age with symptoms like depression, neck pain, and fever.

Corticosteroid treatment is indicated and although effective there are a lot of side-effects from long-term usage.

Cancerous tissue forms generally in older dogs. Because the majority of Beagles reach their senior years it’s quite common they develop some form of cancer.

Early detection and proper management, either with surgical removal or chemotherapy, can prevent cancer from becoming lethal.

Many beagles are prone to this type of blood clotting disorder. You may never discover hemophilia in your Beagle if the dog never went to surgery or had a deep cut.

What Do Beagles Usually Die From?

Cancer is the leading cause of death for 23% percent of Beagles. Most of them are older dogs that had pretty long and joyful lives.

16% of Beagles die as a result of physical trauma. This is a type of thing that is just bad fortune.

Beagles are dynamic dogs that can run and jump around without paying enough attention to moving vehicles and thus many accidents happen.

The third leading cause of death in Beagles is neurological disorders.

What is the Longest Living Beagle?

The longest living Beagle was from the United States. His name was Butch and he was born in 1975.

Believe it or not, he got to enter the new millennium and even enjoy 3 more years of it finally passing away at 28 years of age.

How to Extend Your Beagle’s Lifespan?

Obesity makes it harder for your beagle to resist some of the inherited disorders, especially IVDD.

You should give high-quality food rich in vitamins to support the immune system and provide plenty of play-time for exercise.

Be careful with extra treats and table scraps. Overfeeding can be a potential cause of diabetes mellitus in dogs.

Instead of unnecessary things give your pup plenty of complex B vitamins as they support the function of the neurological system.

Spaying or neutering your dog won’t help your dog avoid all types of cancers but will solve the issues with the ones involving the uterus, the testes, breasts, and the prostate.

If you Beagles suffer from a hereditary disease don’t think about breeding them. No one wishes to get a puppy that can have difficulties in life.

The exact origin of Beagles is unknown. The modern version of the breed was established in the early 1800s in Britain.

It derived from cross-breeding few breeds such as the Harrier, the Talbot Hound, The North County Beagle, and the Southern Hound.

Beagles are dogs whose noses have about 200 million scent receptors more than humans do.

Imagine how they feel around a barbecue. Their ability to smell is so strong that they can be trained to recognize 50 different smells.

The common use of Beagles in law enforcement to track down narcotics or explosives is a logical step.

Pop culture loves the breed and famous cartoon characters like Snoopy from Peanuts and Odie from Garfield were Beagles.

American president Johnson kept one beagle as a pet in the White House and even Shakespeare remembered to mention them in his writing.

Beagles are the most used dog breed to be experimented on in laboratory testing.

The trend started with the University in Utah in 1951 when they purchased their first 8 Beagles for breeding and testing.

There is no scientific reason for this – it’s just that they are convenient, docile, and small which makes them easy to work with.

They are one of the most vocal dog breeds and can often produce different sounds very similar to the way we humans speak.

Even the word Beagle is believed to derive from the ‘bee dueule’ which is French for ‘loud mouth’.

They pronounce their vocal capabilities when they are on a scent trail or when they desire your attention.

The unique physical trait of any Beagle is the white tip of the tail. All original Beagles have it. This is for a purpose.

When you go in the woods or tall grass it’s much easier to spot your beagle because of the tip in contrast to the rest of the body. 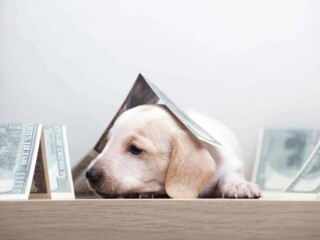 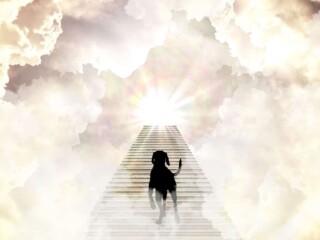